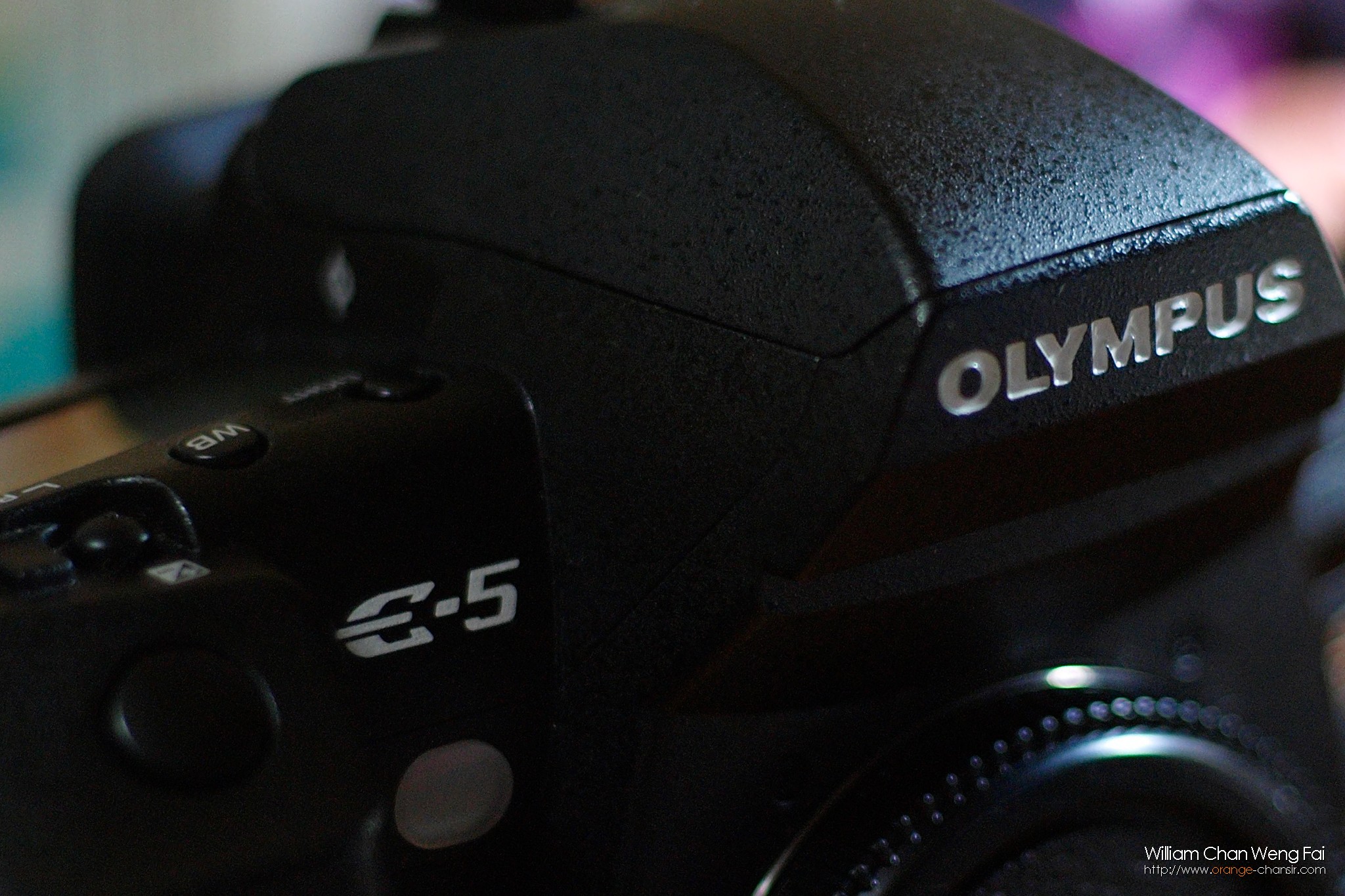 Olympus, which led the camera industry into the mirrorless era together with Panasonic by the M4/3 system, confirmed the sale of its camera business to Japan Industrial Partners Inc. (JIP), and according to public information, the details of the deal are about to be finalized at the time of this writing. At this time, I want to talk about the legendary DSLR – The last 4/3 cameras OLYMPUS E-5.

The latest E-M1 Mark III is similar to the E-5. They are both the successors of the previous flagship model, which is just slightly upgraded and improved. However, it made the users impressed. The E-5 has slightly increased its pixel count by 2MP to 12MP, but has improved its higher-sensitivity performance while pushing the textures to the extreme with lower-sensitivity ISO settings. The removal of the Low Pass filter has welcomed finer image quality, which led the industry to follow later. The E-5 is indeed stronger than its predecessor in terms of the more usable Liveview speed and the optimization of its predecessor’s full-twin cross AF sensor with the phase-difference detection system, etc. However, 5fps continuous shooting and 11 points AF detect made it becomes not attractive enough. Someone may call it an “E-3s” – a perfect version of predecessor E-3.

But after another decade, as an old 4/3 user who has used the two generations flagships model, I have to emphasize that the improvement of E-5 cannot be seen in the specifications. You can never only judge the specification of an Olympus camera.

Many things may feel backward by today’s standards when now look at the E-5. 12MP is nothing while we will enter 8K era soon but at that time, Full HD was just popular in the consumers’ market. However, the textures of lower ISO make all the users memorized the old days – the E-1 with the FFT-CCD (Full Frame Transferred) sensor.

At the same time, wireless flash communication is not yet popular as today. The synchronous interface in front of the camera is more practical. I heard that there are magazines to use E-5 as a studio camera.

Higher ISO performance is improved. ISO800 is usable and it was cheerful for 4/3 users (probably the usable ISO of APS-C is ISO 1600 at the same time). However, some noises appear as horizontal lines in low light conditions, which is a pain for me in astrophotography.

The predecessor E-3 introduced the full-twin cross AF sensor with the phase-difference detection system, together with the newly developed “SWD” focusing motor. OLYMPUS claimed that the camera has the fastest focusing speed under laboratory conditions, when it works with the ZUIKO DIGITAL ED 12-60mm f/2.8-4.0 SWD lens.

I don’t know is it the fastest. At least I think that it is reliable with S-AF. The camera will not focus on the background frequently while M4/3 cameras without phase-detection focusing do.

If you know that C-AF is never a strength of OLYMPUS, you will be pleasantly surprised by the improvement. At least the central point can handle the movement of a flying bird.

The Liveview function of E-5 is smooth. There was still no on-clip phase-detection technology so E-5 used contrast detection focus in Liveview mode. AF speed under Liveview is probably a little slower than the E-P1.

Shockproof, dustproof, and splashproof performance is outstanding. The performance of OLYMPUS’s ultrasonic dust reduction is still the leading technology today. I never worried about the dust might stick onto the sensor while I changed the lens in windy and dusty environments.

All in all, the E-5 does not have the special features which are used in the nowadays camera, but with all the best technology of OLYMPUS at that time. It is indeed a perfect curtain call for the 4/3 system.

Consumers’ complaints about the E-5 are probably similar to those about the E-M1 series today: large and heavy, and its high-sensitivity performance is not as good as that of similarly priced APS-C or even 35mm format products.

Of course, nowadays we all understand that the image quality of a smaller sensor is not comparable with bigger. A good bicycle can be very expensive, but it is impossible to be faster than a scooter, right?

However, we will not criticize how the bike is so expensive and slow because they are different things and have different targets. The essence of the 4/3 system is not how good the body performance is, but the lens with too much quality.

Of course, when electronic technology advances, the optics seems to be too much for the needs. However at the beginning of digital photography, optical quality played the most important role. You cannot found any displacements for the monster optics of 4/3. On the other hand, the size and weight of E-5 are surprisingly well balanced with the Super High Grade f/2.0 glasses.

Many people complained about M4/3 is developing in the wrong direction because it is getting bigger and bigger, but the fact is OLYMPUS only launched flagships every three years, while there are many light-weight products are launched every year. They promoted the light-weight E-620 together with E-5.

Panasonic focused on the mirrorless camera market after the launch of two 4/3 DSLRs, with powerful video shooting functions. Nowadays the shooting quality of mobile phones improved significantly and VLOG is popular. OLYMPUS shut down the 4/3 system with E-5 perfectly and inevitably focus on the development of M4/3.

However, I never forgot that when I used E-5 it was the freest time in my life. What is the best equipment? I think it is the gear you will take it out to use. After the experience of E-5, I will choose equipment that I can easily carry and take photos of what I want.

VLOG will certainly dominate the digital photography market in the future. I think I will not passionate like in the past when I shot with E-5…

OLYMPUS sold its imaging business and Panasonic walk with two formats. I believe that the development of M4/3 will not be stopped, but it will no longer focus on still photography as it did in the past. This is because the entire camera industry has changed, not only M4/3.

Thanks to the newly developed flagship model I can still using the SHG glasses. And now, while we are looking forward to the future of OMDS, please let me sigh with a deep feeling: Good old days.

您的訪問次數將成為筆者的寫作動力，感謝您的閱讀。
Your visit encourage my writing. Thank you for your reading.