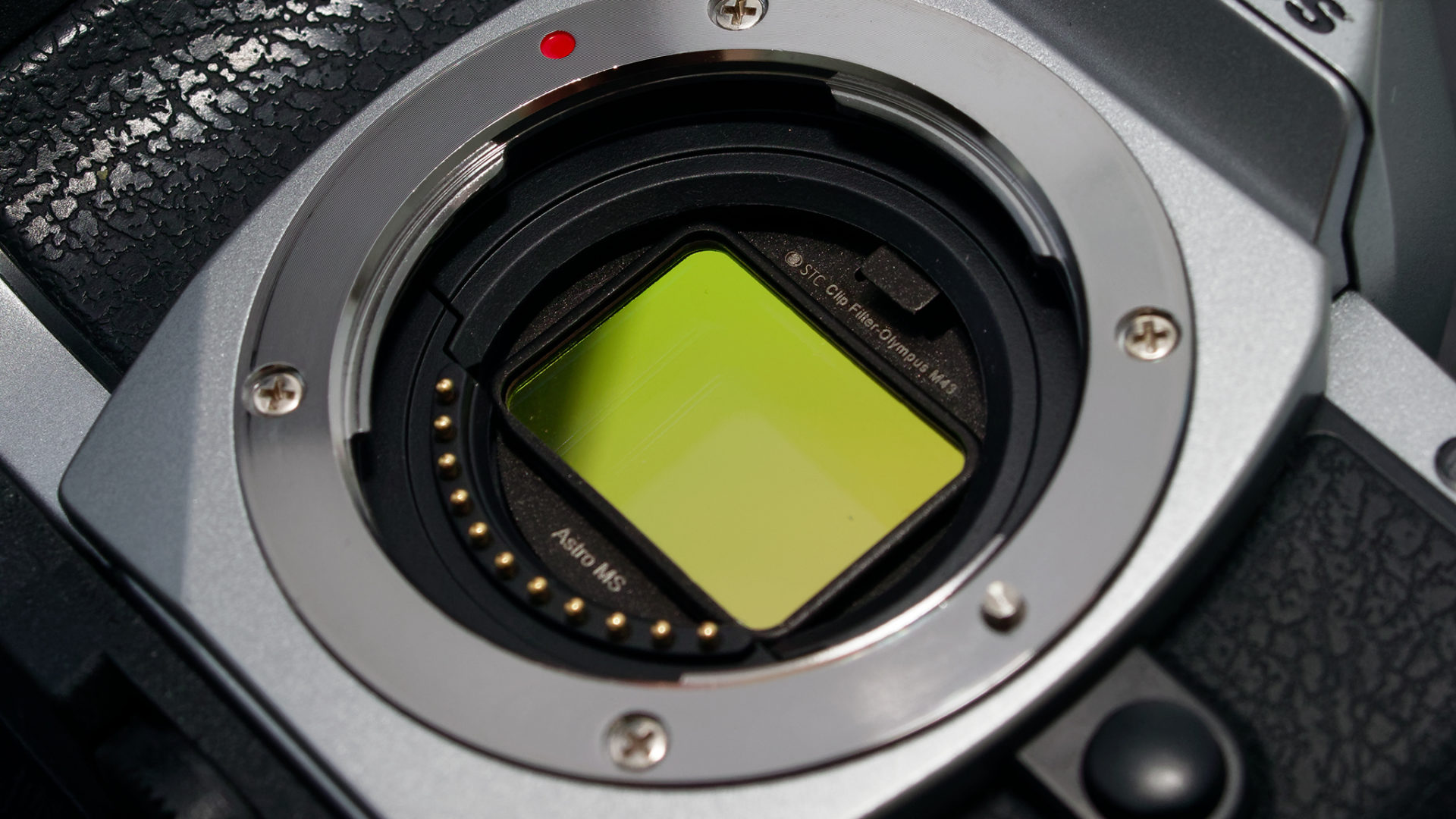 The epidemic in 2020 brought great changes to the world. At the same time, the weather and atmospheric conditions were quite well because of the reduction of industrial activities. In 2020, I got many chances to photograph the Milky Way, especially in the urban area of Macau, even with seriously light pollution. I accomplished the missions with M4/3 cameras and the STC-Optics Astro-Multispectra filter, that I want to introduce now.

I bought it and test it out immediately after the Taiwanese optics manufacturer STC-Optics launched the Olympus M4/3 clip filter.

As an experienced astrophotographer using 4/3 and M4/3 systems, I never found a filter that is suitable for wide-angle lenses in M4/3 system.

In astrophotography, we used a filter to eliminate the influence of light pollution. Most of the urban light pollution comes from mercury (Hg) lamps, sodium (Na) lamps, and LED lamps which are largely used in street lighting. Hg and Na lamps are mainly used, while LED becomes popular gradually. Light pollution filters are aiming at these frequencies.

However, light pollution filters are interference filters that eliminate a certain portion of the wavelength. When the filter is placed in front of the lens, the light entering the filter and the lens with a large angle will be tilted and the color of the final image will have the problem of redshift at the edges. The general experience told us that the front type is only suitable for lenses with 100mm or longer focal length ( in 35mm format ). Some manufacturers have developed built-in filters for use behind the lens. The light projected to the sensor after the lens is generally less skewed at the edges. It is usually not affected by refraction and other problems that cause redshift, making it suitable for wide-angle lenses. Unfortunately, Olympus is a minority brand. There were just a few people who used M4/3 to shoot starry sky or even astrophotography in the 4/3 era. This is the reason why there are no manufacturers will to launch built-in filters for M4/3.

Therefore, some manufacturers have introduced “red enhancement” filters to act as light pollution filters for wide-angle lenses. They slightly reduce the yellow color, disguised as a red enhancement to eliminating light pollution, but after all, the strength is not strong enough. As an M4/3 user, I have been waiting for the market to launch the built-in filter products, before that I can only used the “red enhanced” filters.

The above photo was taken directed to a theme park in Hengqin of Zhu Hai. No matter how I try my best in post-production it is still hard to cancel out the influence of the light on the milky way.

After a long waiting, STC-Optics, a Taiwanese optical manufacturer, finally launched clip filters for the Olympus M4/3 camera in 2019. The following is the spectrum of the filter I am going to talk about. You can see that the frequency from the light of the mercury lamp is almost reduced to only about 10%, and the sodium lamp is even reduced to zero pass rate.

Someone would like to know the difference between another filter from the same manufacturer, Astro-Nightscape, and the Astro-Multispectra. The following spectrum chart shows the performance of the Nightscape filter. They aim the same frequencies while Nightscape is relatively letting more Hg and Na light pass though. The picture color is relatively more natural, the white balance is easier to adjusted, and of course, the light pollution will less be filtered.

It takes a long time between the information announced and the final products launched. By chance, I met a person in charge of STC-Optics on Facebook and learned about the development progress and difficulties. When the product finally went on sale in May 2019, I ordered it online immediately and it arrived from Taiwan to Macau in just three days.

I wanted to test it out as soon as possible however the weather was bad. I tested in the urban area. The images show less yellow color.

This is not a new technology, and clip-in filters are largely used. I have to say thank you to STC-Optics while they are willing to invest in the minority system. As far as I know that the manufacturer at least created more than 10 molds to design the filters

In 2019, I photographed the galaxy with STC Astro-MultiSpectra in Macau. The color is quite good.

您的訪問次數將成為筆者的寫作動力，感謝您的閱讀。
Your visit encourage my writing. Thank you for your reading.